Illingworth of Gen. The prints were made from Mathew Brady negatives.

The images record the physical features of areas of California, Colorado, Idaho, Nevada, Utah, and Wyoming; and also show members of the expedition and their camp sites; mining towns and mining operations; and military posts. The surveys were led by Lt. George M.


Albums containing photographic prints recording the construction of military installations in the Philippine Islands, PIA. Albums of photographic prints showing the completed construction of military housing at several installations, CC. Reports and pamphlets containing photographic prints and halftone prints documenting the progress of civil works projects undertaken by the Engineering Department, as well as, some National Defense and Public Works Administration projects, CP PR. Glass negatives from the same study. Some of the images were printed in Senate Document No.

Glass negatives for images used in a report by Col. Maine, and equipment and engineering techniques used to salvage the ship, ca. Also included are portraits of US generals and other prominent individuals, and maps of military campaigns. Mounted photographic prints used for instructional purposes to illustrate aerial photography, assault boats, types of bridges, camouflage, demolition, engineering equipment, the use of obstacles, construction techniques and other COE activities, particularly during World War I, AQ. Photomechanical reproductions showing panoramic views of Russia and Italy, PF.

The survey was led by Lt. The images document the destruction to Hiroshima and Nagasaki, Japan, and the injuries to people caused by the World War II atomic bomb explosions. The pictures were used as illustrations in the unpublished "Manhattan District History" prepared by the Adjutant General's Office, Department of the Army. Hileman Collection, the Frank J.

Dwight D. Fall, and NPs personnel. Several of the images relate to American Indians of the southwest United States. An album of photographic prints showing Mt. Baker and the nearby Washington State recreational facilities, MB. Diederich for a survey of areas adjacent to the Alaska Highway, AH. Roosevelt, Harry S. Truman, Dwight D. Eisenhower, John F. Kennedy and Lyndon B. Johnson, including bill signings and other ceremonies, Cabinet meetings, visits from dignitaries, and the Presidential families, AR. Photographs by photographers H. Roosevelt, XAR.

Kennedy, Robert F. Kennedy, Lyndon B. Johnson, Eleanor Roosevelt and Richard M. Nixon, CWC. Also included are photographs of Secretary Frank Knox attending an awards ceremony, n. Included are pictures of historic flights, types of aircraft, air races, expeditions, trophies, aviators, Secretaries and Assistant Secretaries of the Department, and US Presidents. Photographic prints relating to the crew of the U.

Casablanca, CASA. Photographic prints documenting activities at the naval air stations at Lambert Field, St. Photographs of Navy personnel, ships, aircraft, and activities used for publicity purposes, PR. Also included are several pictures of Col. Charles A. Lindbergh and activities relating to his flight to France. Photographic prints showing the operations and facilities of businesses under contract to supply war materiel to the Navy, PM PII. Missouri, GJS. Shown are land features; types of crops; the cultivation, harvesting, and marketing of crops; farm animals; farmsteads and ranches; farm machinery and equipment; irrigation and conservation methods; and farmers and their families.

The images document the evolution of working conditions for women and the struggle for women's rights. Included are pictures of several notable women. Shown are agency personnel engaged in the chemical analyses of drugs; investigations into fraudulent labeling of drugs, inspections of milk, fish and other foods; and in the seizures and destructions of contaminated foods. Included are pictures depicting the manufacture of sugar candy, liquors, and other commodities.

Identification and public relations photographs of FDA personnel, P. Included are photographs pertaining to the treatment of malaria, yellow fever, and other diseases as well as research in communicable and epidemic diseases.


Some of the images relate to nutrition, narcotics, sanitation and personal hygiene, and immigrants in the early 20th century. Also included are drawings of Revolutionary War figures: Gen. Morgan Lewis, Col. Stephen Moylan, and Timothy Pickering. 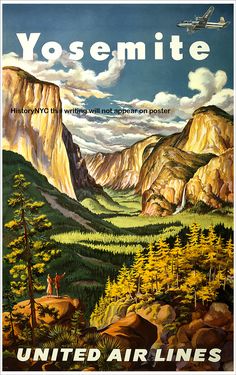 Color lithographs of paintings by H. Ogden illustrating US Army uniforms for The lithographs were printed circa HO. Glass negatives showing Fort Egbert, Fort St. Michaels, and nearby areas in Alaska, FA. Photographic prints, many of which are panoramas, showing the construction of forts, hospitals, depots, coast defenses, and other US Army facilities and the work of the Spruce Production Corporation in Portland, OR during World War I. Three albums of photographic prints used in investigations relating to a flood of the Rhine river at Coblenz, Germany in , and to the damages sustained by US Army motor vehicles parked in the flooded area, CG.

A few of the images relate to events held in celebration of the th and th anniversaries of the Quartermaster Corps. Also, two stereographs of Lookout Mountain in Tennessee. Cartes de visite of Civil War era personages, ca. William R. Abercrombie that were enclosed in a report by Lt. Henry T.

Photographic prints made by the Historical Section of the Resettlement Administration to show land use, farms and farmers; some of the photographs were taken by Arthur Rothstein, Carl Mydans, Dorothea Lange, and Ben Shahn. The agencies are predecessors of the Bureau of Agricultural and Industrial Chemistry. Some of the negatives show charts and graphs. Among the subjects shown are eminent chemists, the early US chemical industry, the development of the sugar cane industry, various industries in Europe and the Middle East, agricultural research, explosions and fires, and the New Harmony movement.

Also pictured are Bureau personnel, laboratories, and field stations. Shown are landscapes, geological formations, military posts, archeological ruins, mining operations, survey members, and American Indians, WA WB. Pywell during the Yellowstone Expedition of Most of the images are of views along the survey route.

Many of the images were taken by John K. Photographic prints by F.